How to choose the right arbor: from the appointment to the style

Very often you can hear from the owners of country houses, that they are unhappy with their gazebo. They chose the one they liked, put it on their site, started using it and realized that they needed something completely different. But there is no time, money or place on the plot. 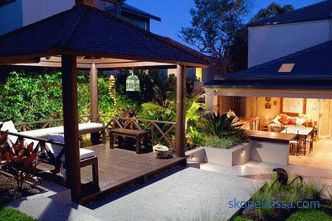 Even the most beautiful gazebo may not be very comfortable - for example, if it does not include a table

The purpose of the gazebo

How not to make a mistake in choosing a gazebo and choose a design that will delight its owners for more than a decade? For this purpose, before the final selection of the arbor, the specialists of the exhibition “Low-Rise Country” recommend answering a single, but most important question: what functions should the arbor perform or what will it be used for?

If the gazebo is intended for eating , then it should contain a table and the required number of chairs according to the number of hosts or guests. You also need to understand that walking with plates to the other end of the plot in the gazebo would be uncomfortable. Therefore, it is desirable to have such a gazebo near the entrance to the house or close to the windows in the kitchen so that food and dishes can be served through the kitchen window.

For even greater comfort, it is advisable to provide mosquito nets for mosquitoes and flies, lighting and infrared heaters in such gazebos that heat people, not air. All this will maximize the feast. 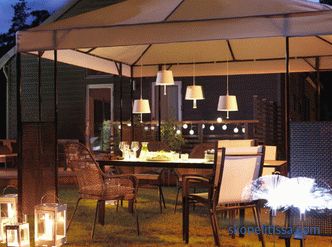 If the gazebo is to be used in the evening when the lighting is turned on, it is recommended to choose a construction that includes the installation of mosquito nets

Arbor can be used not only for eating, but also for preparing it . In this case, you should think about the construction of a gazebo with barbecue or house grill. The place for such an arbor should be chosen very carefully. First, according to the fire safety rules, it can be positioned no closer than five meters from the house. Secondly, the smoke from the fire should not fall on the house. Otherwise, the house will be smoked, black stains will appear on the facade. It is desirable to bring water to such an arbor. This will create additional convenience when cooking kebabs and other dishes. Before ordering the arbor itself, you should choose the grill itself with or without an oven in order to calculate in advance the area of ​​the future arbor. 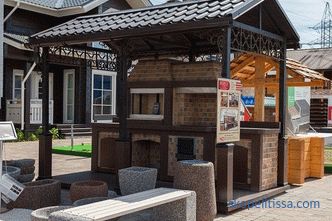 Arbor with barbecue from the company Studio Ferus

In this case, you need to ask yourself you just want to spend time in the gazebo or you need to be able to afford to take a little nap: 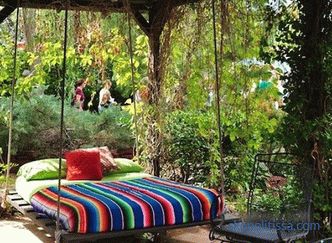 The style and design of the gazebo

As for arbor style , the most popular are arbors in the European style. But gaining popularity recently and gazebos, made in the eastern style or in Russian. They give an additional feeling of unity with nature or presence in a fairy tale.

When choosing the construction of an arbor it is worth assessing which plants are planned to be planted around. If it is ivy or grapes, the posts and the roof should be strong enough to withstand the weight of these plants, which over time will embrace the entire arbor.

It should be considered what will be made of the floor of the arbor . It can be a terrace board or paving slabs ("ARCADA"). If the house has small children and / or elderly parents, then it is worth making the floor of the gazebo flush with the ground so as not to create additional obstacles for them. 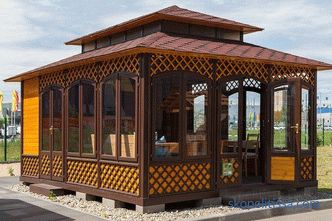 Some people do not like drafts. They should take care that the gazebo has at least one or even two blank walls. Or so that you can lower the polyethylene curtains in windy weather. Lovers of complete calm can put a glazed gazebo.

A few more ideas for creating an original gazebo, see the video:

Conclusion - which is better to choose

As a result, the main rule for choosing an arbor is very simple - first of all, you need to clearly understand how you will use it. Already, on the basis of this, it is possible to select the construction of an arbor and think about what and how to furnish it from the inside.

How to make the interior of a country house inside: photo 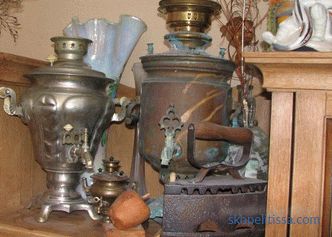 The owners sometimes devote even more attention to the design of a country house than to the decoration of a city apartment. If the city is usually full-length housing, then in houses in the country... 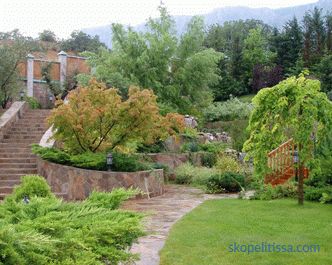 Creating a landscape design of a site on a slope has its own subtleties, features and limitations. In the article we will talk about how best to decorate the site and develop the original design. Th...

The rafter system forms the basis for the pitched roof. Most often, wood is used for them. Metal rafters are used in cases when it is necessary to impart increased strength to the supporting structu...

How to choose a greenhouse to give: features of choice, tips, photos 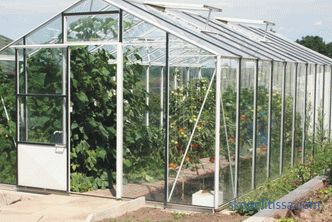 The current owners of the dacha plots or country houses do not have much difficulty in acquiring a greenhouse, because on the current market of these constructions there is a fairly wide range of va...

Pros and cons of galvanized gutters 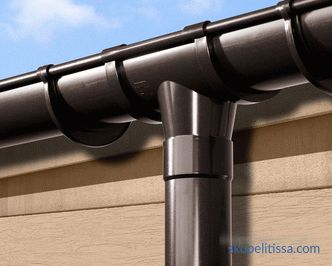 Today we will help in choosing a drain. In modern days, galvanized gutters are used not too often, because they are considered short-lived, and they do not look as beautiful as other building materi...