The number of devices that facilitate the life of a modern person is growing day by day. Separate communications and gadgets require more and more attention and, as a result, time to configure. The idea of ​​home automation - the integration of all devices under a centralized control is implemented using the "Smart Home" system. The world of modern technology is designed so that there are no perfect solutions. The main task for someone who wants to make their home smart is to determine what features and capabilities will be needed, and how they are implemented by different manufacturers.

What can Smart Home

The first Smart Home systems began to spread about 15 years ago; from an exclusive toy, they gradually became a reality accessible to the majority. Xiaomi and Apple have not stood aside, their smart solutions are easily integrated into all home processes and allow you to solve many problems:

Xiaomi and Apple are wireless type of smart housing systems. Wireless protocol, unlike wired analog, provides many advantages for their owners:

The fact that these systems are controlled by commands following the radio channels is at the same time their Achilles heel. Both Apple and Xiaomi are sensitive to radio quality; their operation may be affected by the operation of a radiotelephone or microwave.

The smart home systems from Apple and Xiaomi exchange information in three ways: via Bluetooth, via Wi-Fi and using a basic (native) communication protocol. Bluetooth connectivity has the following features:

The main advantage of Wi-Fi is in every smartphone, universal and familiar to most users. The Wi-Fi protocol is supported by many smart devices (often in combination with ZigBee), and the list is constantly expanding. Compared to Bluetooth, Wi-Fi is in a more advantageous position, although it has its own disadvantages:

Unification and communication of devices in Apple’s smart home occurs using the HomeKit application with the following features:

The smart home from China is built on the basis of the MiHome application. Information transfer in the Smart Home Xiaomi system takes place via the ZigBee protocol with the following parameters:

Tasks to be solved

Both systems perform all actions necessary for full-fledged work:

Depending on the set of smart devices, the number of scenarios can amount to tens and hundreds (including combinations of several scenarios from one condition). In both systems, the script is launched in different ways:

Ease of use and variety

Both systems have a well-thought-out interface and flexible settings, easily complemented by new devices. Both Apple and Xiaomi allow you to control devices and communications from your phone or access points. Apple's smart home is easy to use:

The original version of Xiaomi smart home can be downloaded from Google Play. The work of Smart Home Xiaomi differs in some features:

Devices for the Xiaomi smart home system come out under the Aqara sub-brand. The brand has an official Aqara app with a version in Russian. Recently, Aqara has become available for installation in Google play and on Apple devices. This allowed Aqara devices to be integrated into Apple's smart home and managed through Siri voice assistant.

Smart Home applications from both companies work with devices of various directions, from lighting and climate control to security. However, the offer from Xiaomi is very diverse. The company produces many home devices that support the function of a Bluetooth gateway and the ability to connect to the Mi Home system. If you wish, you can get a smart treadmill, tumble dryer, kettle or smart vacuum cleaner Xiaomi.

Apple's smart home is a hassle-free and easy-to-manage system. Its main disadvantage is the pricing policy of the company; pleasure in the form of an apple system is outside the budget segment of the market. Gadgets from Xiaomi, combined in Mi Home, can be considered a full-fledged replacement for the apple smart home. In the company's arsenal, a huge number of smart devices, their number is constantly growing, and prices look much more attractive.

When choosing Xiaomi, you should also pay attention to the protocols. In most cases, you can not do without a hub, if the kettle is tied to Bluetooth, sensors use ZigBee, and the lamps obey commands via Wi-Fi. Despite these difficulties, Xiaomi gadgets have two advantages - the price (they are several times cheaper than apple ones) and a good design, reminiscent of the classic products of a competitor.

Both systems are universal and suitable for any task, from lighting control to climate control. Voice assistants (Siri from Apple and Google Assistant from Google Home) do not work without the Internet, and communication with external devices is carried out only via Wi-Fi. Cloud solutions are not the best option in terms of security, so according to the rules of Apple, all HomeKit-compatible devices use the principle of full encryption (end-to-end), the approach is correct in terms of reliability and protection of user data, but increasing the final cost of the product.

Apple's smart home applications and Xiaomi differ in their use on different devices. So, HomeKit cannot be installed on Android smartphones, only on native apple gadgets; while Mi Home can function in both systems (Aqara Home is compatible with Apple Homekit). 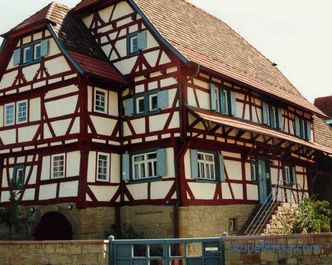 Fachwerk is a subspecies of frame houses. There are many directions of this style, but the general principle of technology always remains the same - the frame of the house is assembled from thick be...

What can build a wooden house, worth up to 1 million rubles 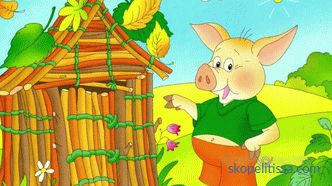 Each of us wants to live like a fairy tale: to have a beautiful wife, a lot of money and a great, eco-friendly house. Here, perhaps, it’s worth starting from the most difficult - with the constructi...

what is the mounting methods 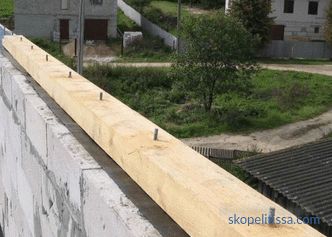 The subject of the article is the mauerlat for a gable roof erected on a house of aerated concrete. We will tell about the importance of the mauerlat in the construction of the roofing structure, ab... 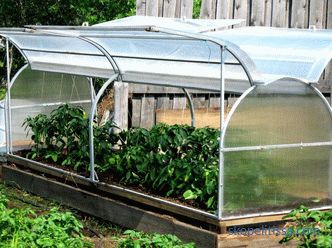 A country house can be not only a place of rest, but also a place where you can grow your healthy and organic fruits and vegetables. To achieve a good result: get the first crop or grow seedlings in... 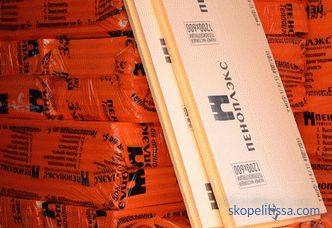 Every owner aspires to make a country house comfortable throughout the year. The comfort consists of several components, but in many respects depends on warming. One of the most popular materials, i...