Reconstruction of the foundation with screw piles: causes, stages of reconstruction, technology

Foundation renovation refers to a series of measures that are carried out to eliminate defects caused by chemical, natural, biological, and mechanical effects on the foundation.

The action algorithm is aimed at strengthening the base and hardening the ground to prevent deformation and destruction of the room.

Reasons for the reconstruction

Repair of the foundation is due to the 10 reasons listed below:

Any of the above reasons should be followed by a reconstruction of the foundation.

Technology of renovation of foundations

Repair of concrete and brick buildings is more difficult to carry out due to heavy room boxes. The reconstruction of the basement of a wooden house is much easier. The skeleton of a wooden dwelling is raised very simply with the help of jacks. The procedure will not be complicated even by a temporary loss of rigidity in a log house.

On our site you can find contacts of construction companies that offer a foundation repair service. Directly to communicate with representatives, you can visit the exhibition of houses "Low-rise Country".

To repair the foundation of a building with a brick box, you will need to use a more powerful method. In rare cases, stone buildings can be lifted, thereby unloading the deformation site in order to get a chance to fix a small part of the foundation.

Because of this, the reconstruction of the foundation and its reinforcement are carried out using the following techniques:

Need to know! All of the above methods for strengthening the foundation are carried out by conducting certain excavation works. Therefore, to choose any one technology should be based on the specific case, taking into account the level of destruction and other circumstances.

Before the process begins, there are several stages of preparation. They will need to find out the real causes of the destruction of the foundation, become familiar with the methods of solving a specific problem, and only then proceed to the works themselves. It is recommended to be serious about identifying the cause. Otherwise, there is a risk to do the work for nothing, and after a while it is necessary to perform the same steps again.

Analysis of the existing situation

Before choosing a method and technology to change the base:

To do this, a small trench is dug from the outer sides of the foundation to the depth of concrete to check:

If there is a basement in the building, you need to punch holes from the inside of the room.

As soon as the mechanical cleaning of the surface of the foundation structure is completed, it should be treated with thin jets of solution, which can be accelerated by a gun to 80 - 90 meters / second.

Thanks to such work, a rather strong and dense layer of concrete appears on the crumbling surface, which increases strength by 18-20%. In addition to the seals of cracks and enhancement of strength, these works are able to provide protection against water.If a layer has been applied, which will not be enough to restore the support function, it is recommended to strengthen the bulk of the foundation by applying bandages or reinforced clips on both sides. In such cases, it is necessary to open damaged areas to the width necessary to install the formwork and reinforcement cage, at least 33-34 cm.

A small part of the steel rods with a grid should be punched into the old foundation and tied with reinforcement. Thanks to this, it is possible to get a rather cheap reconstruction of the base, putting a part of the foundation in a “shoe”.

The installation of cages and gunning is successfully used to reconstruct the block type of the foundation system: if the destruction of concrete begins, but retained steel reinforcement tape.

It might be interesting! In the article on the following link read about the foundation on Finnish technology.

Sometimes it is not possible to dig near the base of the building, or it is prohibited for other reasons. In such cases, use another method to increase the carrying capacity of the earth.

If the above method did not succeed in increasing the carrying capacity of the soil, professionals recommend installing a drill-inlet pile or drilling wells.

In the first version, the prismatic pile should be pressed under the base layer pad. This will help compact the soil, thereby locally increasing its stiffness. In most cases, the result is higher for the injection of high-speed composition for the foundation. Such a reconstruction can be considered one of the best options for retaining subsiding soil for monuments erected in places with a high groundwater level or on a slope.

To create a massive cushion using a mechanical auger, a number of cavities are created. Further, a mortar based on calcium chloride and sodium silicate is pumped into this cavity. The result is a chemical compound that is several times stronger than high-quality concrete. The foundation of the Leaning Tower was built in a similar way.

With a comparatively low weight of the structure, if the main task concerns heaving of the soil and loss of stability of a high and narrow structure due to small depths, a reconstruction should be carried out by creating an anchor effect and installing inclined piles diagonally. This option is perfect for the reconstruction of the foundation of a country house.

Using bored piles, they work with areas of a shallowly recessed foundation. For these procedures it is necessary to make a number of wells near the base and catch the pile support. Tie piles from external sides to the rods of reinforcement, having beaten off beforehand. This compensates for the deposition of the foundation.

Reconstruction of the foundation of a wooden house

The foundations for wooden country houses are made of piles. The building is also installed on a brick support. There are 3 ways to repair such grounds:

It is worth choosing the method for improving the base, after consulting with a specialist. And for the implementation of the work to hire professional teams of masters.

Detailed video on replacing a spoiled foundation with screw piles:

When the reconstruction of the foundation was completed with screw piles, you need to start finishing. There are several basic materials for finishing:

It might be interesting! In the article next link read about the membrane for waterproofing the foundation.

It should be selected on the basis of budget and aesthetic preferences.

A simple way to increase the living space of a small country house is to organize an attic in the attic. In order to bring living conditions in the attic to normal, a number of construction operatio...

material classification and method of its installation

It is necessary to approach the finishing of the house with a block-house from the position that this facing material is a type of wall paneling. Accordingly, all the characteristics correspond to i...

Analysis of the country house for compliance with environmental requirements 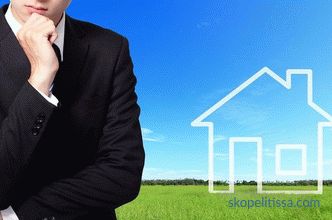 Environmental impact assessment is the analysis of a residential facility for compliance with environmental requirements. In Russia, it is governed by the federal law "On Ecological Expertise". Priv... 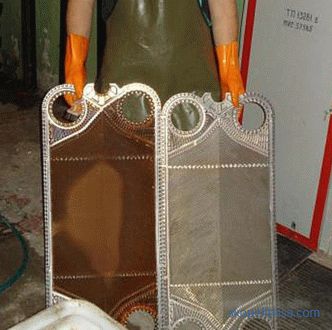 A prerequisite for stable and long-lasting operation of the heat exchanger is regular maintenance of the device, cleaning of plates, elastic gaskets, all parts and assemblies from contamination. To...