plots near the forest on Yegoryevskoye highway

Information about the Highway

Route A105 starts from Ryazan Avenue in Moscow It passes through Lyubertsy as Oktyabrsky Avenue, and from it to the east of the Moscow Region and the Yegoryevskoye Highway departs. “The road is distinguished by a good quality of asphalt pavement, however, it clearly loses the rest of the characteristics, occupying the first lines of workload and accidents,” said Ilya Menzhunov, director of the elite real estate department of the Metrium Group company. Closer to Moscow, it has two lanes in each direction, but on the most part of the route only one lane is allocated. There are quite a few settlements along Egorievka, which leads to permanent traffic jams. On weekends, when summer residents go to nature, the movement is completely paralyzed. However, it is necessary to make a reservation that the situation is somewhat facilitated by the presence of a railway line from Kazansky Railway Station, which runs parallel to the highway at a rather large distance.

The locations from 30 to 100 km are located: Vyalkovskoye rural settlement, urban settlement Kratovo, Gzhelsky urban district, Novokharitonovskoye settlement (the road here is quite different from the railway), Sobolevo village and the village of Khoteichi. Further, the highway crosses the Bolshaya Betonka (A108), the village of Ilinsky Pogost in the Orekhovo-Zuyevo district, and at 100 km it approaches the Yegoryevsk urban district. The road ends at 250 km, in the city of Kasimov, Ryazan Region.

In the Orekhovo-Zuyevo District, the forest fund makes up 4.8% of all forests in the Moscow Region. The territory of the forest area extends from north to south for 72 km, from east to west - for 53 km, 340 ha have scientific or historical significance. Like other green areas of the Moscow region, for the intended purpose, these forests belong to protective forests and are subject to development only with preservation of environmental, water protection and other functions.

Landmarks of the Egoryevskoe Highway direction: areas near the forest

The main attractions in these territories are historical settlements, such as Gzhel and Ilyinsky Pohost. It is here that you can find places that may be of interest not only to local residents, but also to tourists who leave for Moscow for the weekend.

The village of Gzhel needs no introduction - famous porcelain products with fine blue patterns are made here. The famous craft received a major development in the XIX century. when ceramics production was based in a number of villages (there were two small-scale factories in Gzhel). In the 1980s, archaeologists discovered an old Russian settlement and an underground burial ground in the vicinity.

The first mentions of the area, which is known as Ilinsky Pogost, date from the 14th century. when Ivan Kalita bequeathed the parish of Guslitsy to his wife, Princess Ulyane, with children. At various times, this area was called the village of Guslitsy, Pogost on Guslitsy, Pogost on Popovka and Pogost on the outskirts. And only at the end of the XIX century. there was a name, preserved to this day. One of the main attractions here is the Church of the Resurrection of Christ, the construction of which began in 1822. A few decades later, a bell tower was attached to it, and then the building of the parochial school.

But if we talk about modern interesting places, then the Moscow Children's Railway, whose educational buildings are located in Kratovo, pays special attention to itself. On the line there are two terminal stations - Yunost and Pionerskaya (formerly Ilyich Way and Kultbaz), as well as intermediate stations Shkolnaya and Nursery. It is designed to teach teenagers from 25 metropolitan schools. The summer practice of children attending the Young Railway Workers' Group at the Moscow State University of Communications also takes place here.

As the highway passes through major population centers, the infrastructure in this location is represented quite fully, including in the form of places for recreation and sports. “Yegorievka crosses areas that are quite saturated with infrastructure facilities,” Vladimir Yakhontov notes. “There are sports complexes, rest houses, sanatoriums and boarding houses along the route.”

Even if we consider the distant territory, the Yegoryevsk urban district, here we can see quite a good supply of social objects.So, according to Roman Konyakhin, manager of the exhibition “Low-Rise Country”, 39 municipal and 2 commercial kindergartens are represented in the location, and the provision of places is 48 places per 1000 people, which corresponds to 74% of town-planning norms. By the standards of the Moscow region is quite decent performance. There are quite a few sports facilities - a total of 128, where about a third of the total population regularly attend.

The eastern direction of the Moscow Region is not among the most popular out-of-town real estate buyers, and today there are about 10 organized cottage villages along the Egoryevskoye Highway at a distance of 30 to 100 km . Proposals in them - this is mainly areas without a contract. The cost of land, according to MIEL-Suburban Real Estate, is about 100-120 thousand rubles. for a hundred. For example, a plot with forest and garden trees with an area of ​​32 acres, located in the KP Malinovka 36 km from the Moscow Ring Road, is offered for 3.2 million rubles. Next - the forest; electricity and gas are carried along the border.

"More expensive offers are located in picturesque places. Thus, in the Popovka district, 35 km from Moscow along the Yegoryevskoye Highway, in a cottage village located on the shore of a lake with its own beach surrounded by forest, the weave value reaches 300 thousand. rub. ", - says Vladimir Yahontov. Egoryevskoe Highway:
sites near the forest

The cheapest objects can be found in the CNT and DNT 50 km from the MKAD. For example, a plot of 6 acres with a small garden house of 44 square meters. m in the CHT "Dawn" (52 km) sold for 800 thousand rubles. Interestingly, semi-detached housing can be found in these territories only in one place - in the Popovka area, 35 km from the Moscow Ring Road. Duplex area of ​​116 square meters. m for decoration sold at a price of 4.7-5.5 million rubles.

Of course, there is also expensive real estate. So, 48 km from Moscow in the DNP "Emerald City" (48 km) a turnkey brick house with furniture is sold, the area is 250 sq. M. m. The plot of 18 acres has the correct form and is fenced. Its cost is 35 million rubles. Nevertheless, according to the data of Metrium Group, the majority of offers in both the primary and secondary markets are in the range of up to 20 million rubles.

Currently, it is difficult to find conceptually unusual and interesting projects on Yegoryevskoye Highway, most of the territory is built up with standard cottages and country houses. Organized villages, though they can be kept in a single concept, but, as a rule, their creators cost a minimum of imagination. And this is understandable - developers are not ready to invest in not the most popular direction, especially in the current economic situation.

"In my opinion, in the near future, Egoryevskoye Highway is unlikely to change its position in the rating of country destinations. There is no talk about its global reconstruction and expansion, which is so necessary to improve transport accessibility," said Ilya Menzhunov. Nevertheless, according to Vladimir Yakhontov, with the advent of international air traffic at the new airport "Zhukovsky", it is possible to increase investment activity, develop transport and social infrastructure and activate construction.

While adults are busy caring for the garden and landscaping the garden, kids should not be bored: let them be carried away by a fun game nearby. Comprehensively thought-out children's houses for woo...

detection of defects and their elimination

The roof drainage system is an integral part of modern roofing. From its effective work depends on the duration of the building, and more precisely, its elements: the walls and the foundation. There...

types and methods of their installation

Pools have long ceased to be something unusual in the suburban areas. The range offered by manufacturers allows even low-budget options that are affordable for a family with low incomes. But we in t... 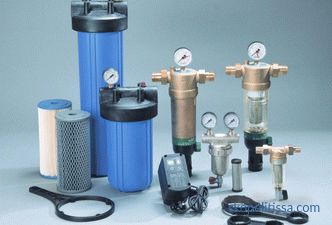 Everyone wants to live outside the city in a private well-maintained house and enjoy all the fruits of civilization. But, unfortunately, not all suburban settlements have centralized communication n...

If you want to learn how to choose the right plastic tank for a shower to the country, read this article to the end. You will receive information about water tanks, their advantages and disadvantage...