Today we will understand the topic - the roof of the garage. We will not be distracted by all the varieties, and tell you about two of them: flat and lean-to, as the most frequently used. Try to understand the proposed information if you plan to build a garage. The roof is an important part of the building. From its high-quality construction depends on how long the garage itself will stand at your dacha. In addition, the knowledge of construction technology will allow you to understand what and how the masters are doing, whom you entrusted to cock not only the building, but also the roof.

Flat roof for the garage

It should be noted that such roofs are used in mainly in garage cooperatives. You rarely see them today in suburban areas, because the owners are trying to design the site so that it is perfect in terms of design. And for this it is necessary that the roofs of the outbuildings coincide in configuration, roofing material and color with the roofs of the main houses. And if the roof of the house is pitched, then the garage should have the same design. In any case, as recommended by architects and designers.

So, what is a flat roof? We can not say that it is horizontal, because the removal of rain and melting snow must be ensured without fail. Therefore, it has a small bias in the range of 2-5 0 . How to make it.

To begin with, a garage with a flat roof is often a building made of any building wall material, on the walls of which reinforced concrete floor slabs are laid. They must be installed horizontally to ensure a uniform impact on the walls of the garage. And now the angle of inclination is formed by a coupler from a concrete solution, which additionally seals the joints between the laid plates.

As soon as the screed dries, which can take more than one week, the flat surface is covered with bitumen roll materials that are used specifically to cover flat roofs. We briefly describe how this is done:

Today, other technologies can be used to cover garage roofs. For example, the built-up roof is when the rolled material is laid with heating by an open fire. Or mastic roofs - this is when the plane is covered with bitumen-polymer mastic with additives from rubber or rubber. Excellent option, strong with high rates of long-term operation, but expensive in comparison with roofing material.

On our site you can familiarize yourself with the most popular projects of garages and other small forms for private house - from construction companies presented at the exhibition "Low-Rise Country".

It should be noted that a single-pitch roof for a garage is found in suburban areas more often than other structures. Firstly, it is not more complicated than a flat one, but it is much simpler and cheaper than gables, hip-pads and tent-shaped ones. Not to mention the mansard. In addition, it has sufficient strength to talk about high strength characteristics. After all, it is based on a triangle, as the most rigid figure of all two-dimensional varieties.

In addition, an important factor in construction is the speed of installation work. And in this regard, the shed construction will give shape to everyone else. But do not belittle its design features. Like any roof, single-pitch must withstand natural loads and 100% protect the car from them. And after all, exactly the roofs in one slope are subjected to quite serious snow loads, especially those varieties whose slope slopes do not exceed 30 0 . Therefore, such roofs in winter will have to be periodically freed from snow drifts.

Another disadvantage is the absence of an attic. Even if some room is organized there, it has very limited capabilities. And not everyone likes the look of the single-pitch design. Although it can be beat and fit into the ensemble of the suburban area.

On our website you can find contacts of construction companies that have a full production cycle. Directly to communicate with representatives, you can visit the exhibition of houses "Low-rise Country".

A roof for a single-slope garage can be configured differently. There are several standard options. Consider each of them separately.

Slope is formed by the difference in height of the raised walls on which the rafters are laid. In the photo below, this design is clearly visible. At the same time, under the rafter legs, mount the mowerlt (wooden beam), which evenly distributes the load from the rafters to the walls.

It is necessary to pay attention to the fact that the length of the rafters is chosen so that on each side they stick out 30–50 cm beyond the building, forming an overhang that will protect the building from the negative effects of natural precipitation. After that, the overhang from the bottom is closed, sometimes lamps are installed in it.

This roof structure is erected from a triangular forms of farms that are pre-assembled themselves on the earth, as separate elements. Then the trusses rise to the roof, where they are installed on the mauerlat, and attached to it. In the photo below one of these farms is shown. Pay attention to the angle of its slope equal to 9 0 .

The truss structure includes rafters, which is located in the place of the hypotenuse of the triangle carrying the transverse beam - the large leg, and the support leg that forms the small leg. In this case, be sure to bring in the construction of props and booms, which increase the strength of the element. The longer the truss, the more additional elements. If the length of the span of the garage (carrier beam) does not exceed 4.5 m, then additional supports and strut need not be installed.

It might be interesting! In the article on the following link read about the features mounting metal garages.

And one more thing. Installed trusses among themselves must be tightened with a girder, but before that each element of the truss system is strictly vertical. The last stage is the installation of the batten.

This option is also convenient because bearing beams create an overlap. On them it will also be easy to hem the ceiling. That is, in many positions this is the best option.

This is practically the same option at number two, only it has a different assembly technology. And it differs from the previous one in that the entire roof structure is built on the roof. Therefore, doing so:

This concerns frame garages with a shed roof. First, it is necessary to designate that the frame construction is considered to be the simplest in construction and cheap in terms of the consumption of building material. In fact, it is a box of sawn timber, which is sheathed with clapboard, plywood, siding, corrugated board, block house or OSB plates.

As for the roof, it is formed at the assembly stage of the building box. Or rather, in the process of installing corner supports. They are installed in pairs in height at different levels, which ensures the inclination of the roof structure. Then all racks are tied around the top edges. The side elements that connect the high and lower racks are already installed rafters. After that, the intermediate legs are also mounted, tying it all up later with a crate. In the photo below, this design is clearly visible.

It can be interesting! In the article on the following link read about the arrangement basement in the garage.

So, we talked about different technologies for building single-pitch garages. I would like to give a few recommendations that will affect the quality of the final result.

The first concerns the direction of the slope of the roof. Immediately it is necessary to designate that the slope itself can be formed both in the longitudinal direction, that is, from the facade of the building to its rear wall, and transverse, from side to side.At the same time, it is necessary to install the slope so that the wind always blows into its plane, pressing it against the building, and not from the other side, lifting it up.

As for the angle of inclination, the optimal value is 25-30 0 . There is no need to do more, such shed roofs look simply awkward, and the wind load increases greatly. Sloping roofs (less than 10 0 ) should also be erected with great care. Because they increase the snow load.

The section and installation step of the rafters of the single-sided roof of the garage are important indicators. To calculate them you need to know a sufficiently large number of different indicators. For example, the snow load, wind, weight of roofing material, insulation and other elements and layers. This is actually a complicated calculation, which is carried out by experts, but it is very important. Today it is possible to make calculations using online calculators. It is convenient, simple and fairly accurate.

And the last tip. Usually a single-pitch garage roof is built from sawn timber. Therefore, the entire structure must be treated with an antiseptic, which will protect the wood from insects, mold and fungus. They reduce its high-quality technical component. After drying, the second layer is applied - fire retardant, which is responsible for the fire resistance of wood.

Video: how the roof system and crate are assembled on a flat lean-to roof of the garage and lay the flooring:

About the weight, shape, price and practicality of the roof for the garage - the following video:

It can be interesting! In the article on the following link read about the project of a cozy cottage in modern style on the beach the ocean.

With the seeming simplicity of constructing single-pitch garage roofs, in fact, this is a responsible construction. Therefore, its construction must be approached with great responsibility: to calculate the parameters of the roof, correctly select all the elements and parts, not forgetting fasteners. Only then can the high quality of the final result be guaranteed.

What is a galvanized gofrolist wave for the roof and what is it for?

Today in the article we will give information on how to choose the right corrugated galvanized for the roof Wave. Having received this information, you will acquire the necessary knowledge that will...

A modern garden plot often becomes a real work of art. Gone are the days when there were only beds in the country. Now everything is different, the owners decorate the area around their home with be...

essence, advantages and disadvantages of technology, projects and turnkey prices in Moscow 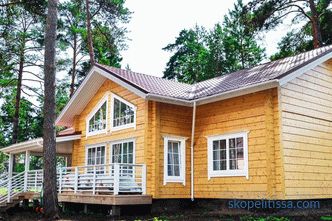 what to paint, choice of paint, options, photos 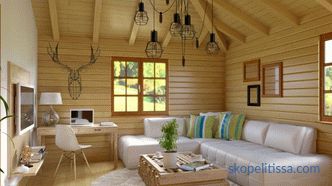 An increasing number of homeowners, choosing a finishing coating for interior walls, prefer natural material - wood. This choice is not surprising, because wood combines many useful properties: envi... 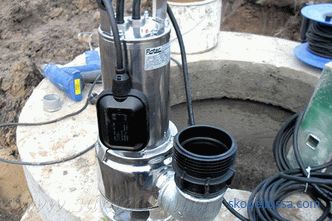 For each owner of a country house, one of the priority tasks is the organization of an autonomous sewage system, which is a specific list of measures for the timely treatment and disposal of wastewa...